Ether (ETH) price lost more than 40% this week, even hovering around $100 on the day which is now being considered the new Black Thursday in crypto and traditional markets. In recent hours Ether has bounced back slightly to trade in the $120 to $130 range.

Meanwhile, these yearly averages have decreased substantially in 2019 to 4,621 daily tweets. 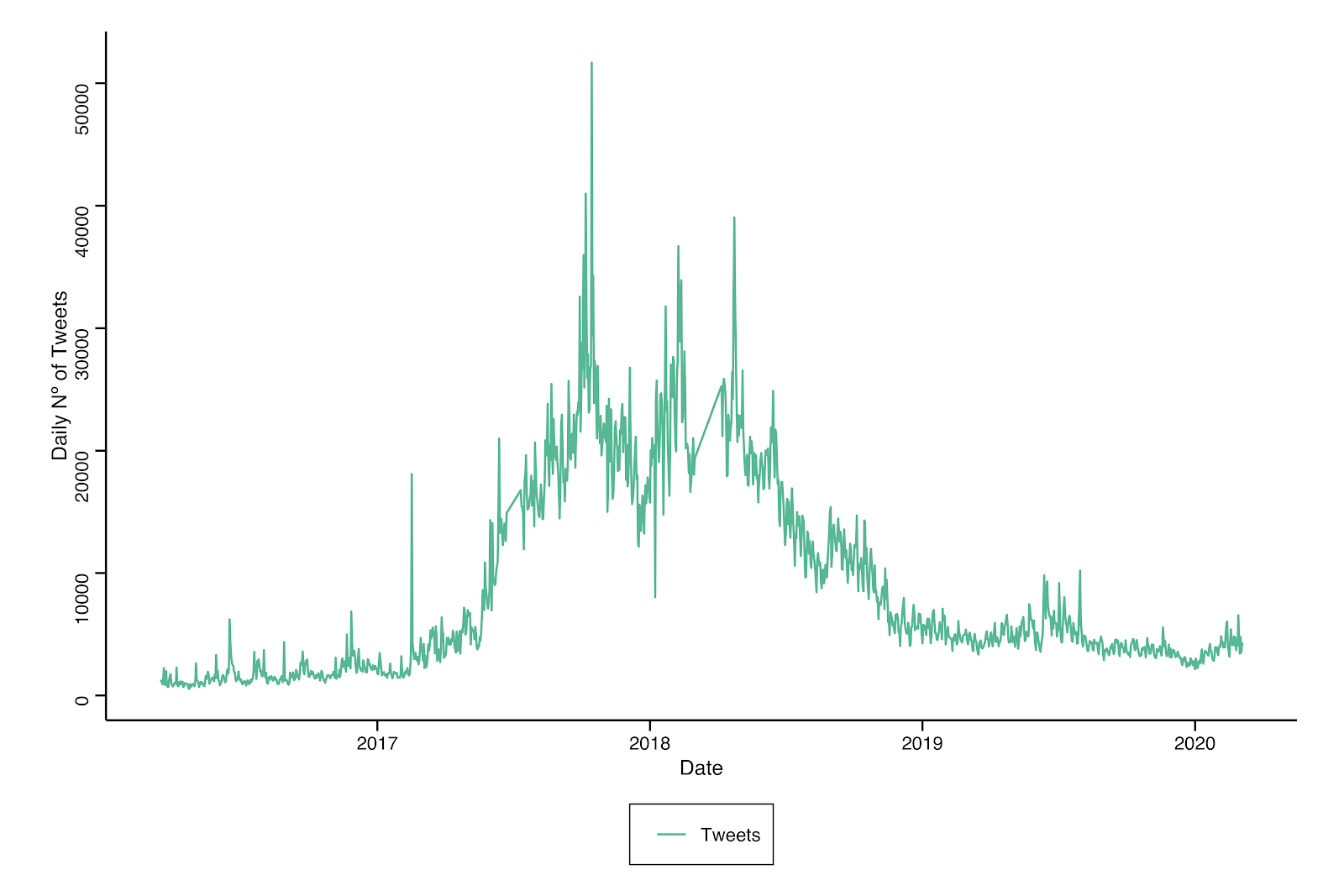 Tweets and their impact on Ether volume in 2017

A similar positive relationship is found when trying to predict future trading volume using daily tweets as the predictor. When the number of tweets increased by 1%, Ether’s trading volume would increase by 1.584% the next day. 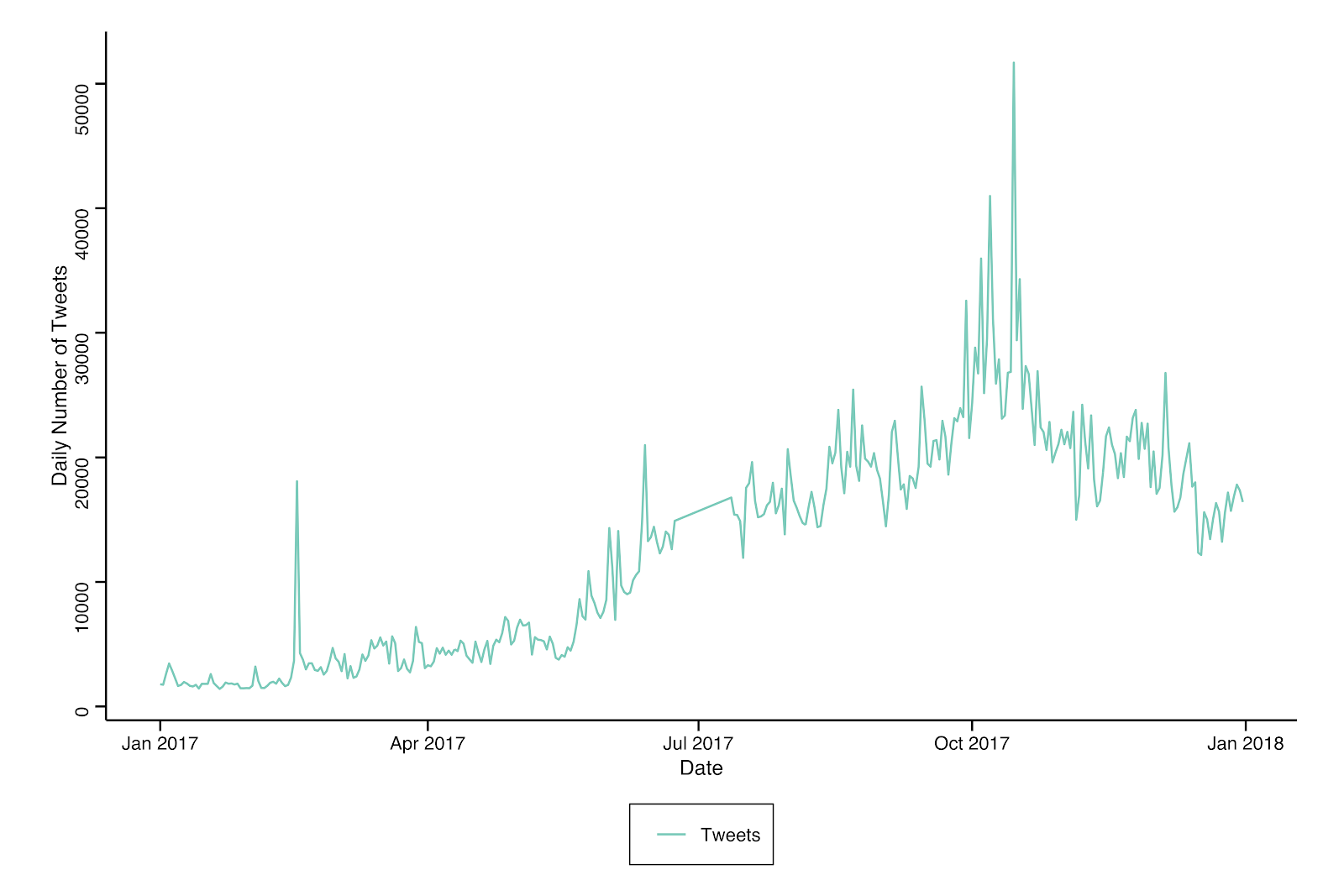 Volume trend holds through 2018 but turns negative in 2019

In 2018, the relationship between tweets mentioning Ethereum and transaction volume was positive but in a smaller magnitude than the timeframe observed in 2017 when the number of tweets increased by 1%, Ether volume would increase by 0.321%.

When looking at the predictability of tweets for the next day’s volume, a smaller influence of tweets is observed compared to the one shown in 2017. When the number of tweets increased by 1% on a certain day, Ether volume would increase by 0.296% the next day.

Despite the consistent positive influence between Ethereum-tweets and trading volume across the years, 2019 saw an inverse relationship between the two variables. When tweets increased by 1%, the trading volume would decrease by 0.167%. A similar influence was seen when analyzing the impact on the next days’ volume at -0.222%.

This is particularly interesting because 2019 was a slightly negative year for Ether returns, resulting in a -2.86% in total return. It seems that the increase in tweets had the effect of causing a reduction into the buying and selling of Ether, in line with the discouraging returns outlook for investors.

Tweets have no effect on returns

The primary goal of drawing this relationship is to determine if the number of tweets can have a direct impact on future returns. However, we cannot find any significant relationships between the variables in any of the years analyzed.

Ether went from around $130 at the start of the year to reach $274 in mid-February, a 111% gain. After that great gain in price, the entire market was faced with a correction that led Ether price to go as low as $86. In recent days, Ether’s price recovered slightly to trade slightly above $120. 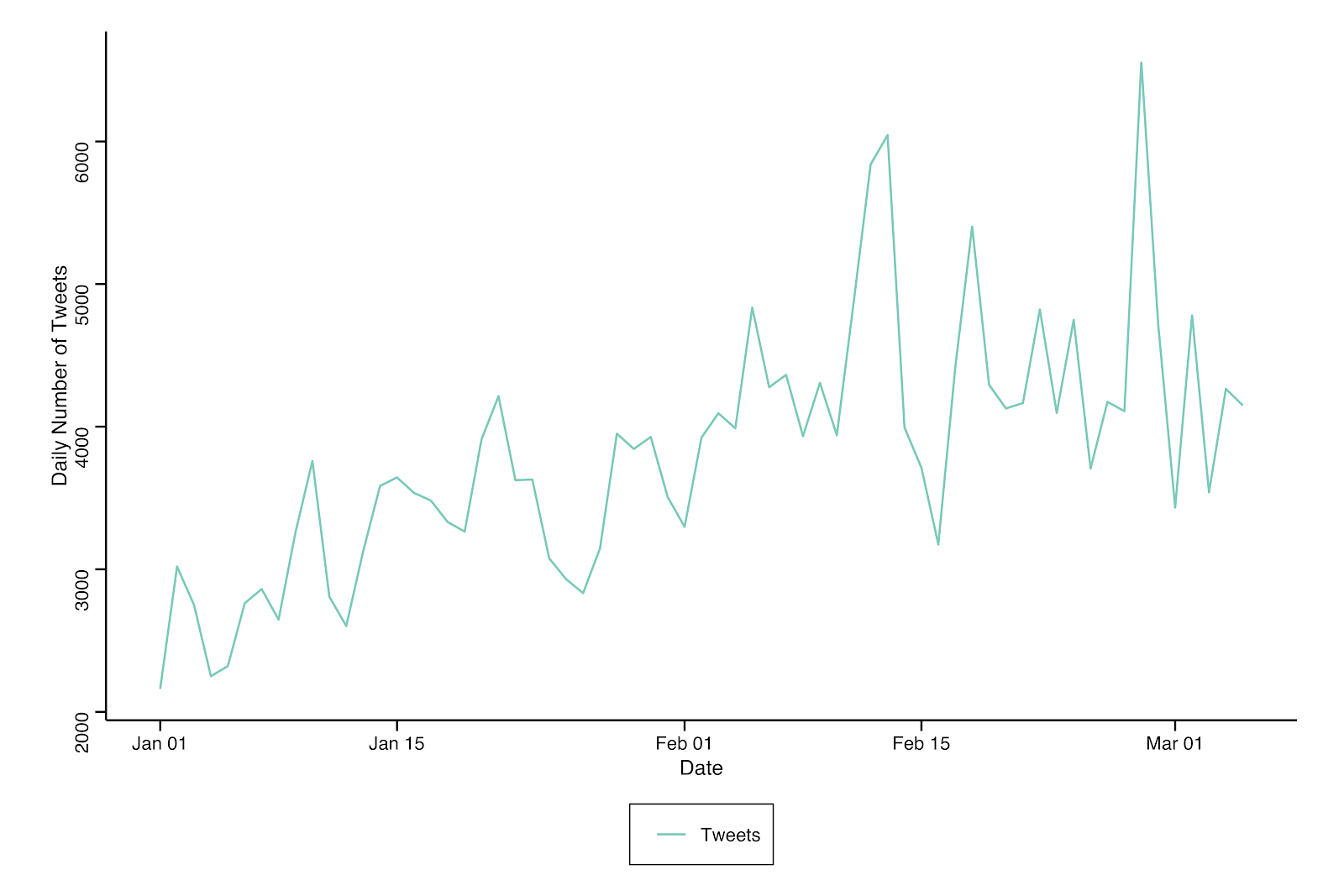 Even though there seems to be a slight relationship in the tweets trend and the increase in price for Ether, we do not find any significant influence of the number of tweets on Ether returns in 2020.

Nevertheless, as seen in previous years, there is a clear relationship between the number of tweets and Ether volume. When Ethereum-mentioning tweets increase by 1%, Ether trading volume increases by 1.265%.

When looking at the future volume predictability, we find a similar trend to the one observed in previous years when the number of tweets increases by 1% today, Ether volume increases by 1.198% the next day.

The top 3 currencies and their number of tweets

When comparing those previous results with the case of Ether, investors see similar results when analyzing the volume but not when looking at returns.

Looking forward, based on the analysis for the top 3 currencies, investors have a clear view on the relationship between tweets and volume which could help mostly in short-term decision making.

Data for the number of tweets drawn from https://bitinfocharts.com. The views and opinions expressed here are solely those of the author and do not necessarily reflect the views of Cointelegraph. Every investment and trading move involves risk. You should conduct your own research when making a decision.

CryptoNews.pro | Tezos, ConsenSys, Blockstack, and Others Share Their COVID-19 Stories

CryptoNews | Bitcoin | Ethereum is In for a Big Drop,...